Timor-Leste’s struggle for independence has won it high international profile. Yet there is little known internationally about the role women played in the resistance movement and how independence has affected them. Has democratisation brought women greater freedom and rights? This article argues that some East Timorese women benefited from the construction of a new democratic state by mobilising and unifying in the political space created post-1999. East Timorese women’s NGOs allied with international organisations and NGOs to form a campaign against domestic violence. This article takes a constructivist approach, analysing how international norms of women’s rights and gender equality have: (1) emerged, (2) reached a tipping point, (3) cascaded and (4) been internalised in a post-conflict, democratising context. 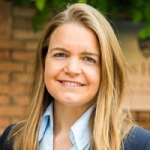